Visitors to Istanbul usually head to the famous triangle of Hagia Sophia, Blue Mosque, Topkapı Palace and they find themselves in Grand Bazaar for shopping. Istanbul trip is limited to this triangle primarily for those travelling to Istanbul with cruise ships in addition to daily visitors.

Those people staying for two nights or a bit more have a Bosphorus tour, visit Spice Bazaar and head to Istiklal Avenue for entertainment purposes.

Due to the limited time and high number of attractions elsewhere in Istanbul, there is a place which is typically ignored: Magnificent Süleymaniye Mosque Complex. The complex was built during Ottoman times for the public and it consists of madrasa, library, hospital, school, Turkish bath, kitchen and shops.

The structures within the complex include the tombs of the mightiest Ottoman Sultan Suleiman the Magnificent and his wife Hürrem Sultan (known as Roxelana), with whom he had a great love affair.

Süleymaniye Mosque is a prominent structure located on one of the 7 hills of the city. It reveals itself like a jewel when looked from the edge of Golden Horn to Historical Peninsula. This was just what Architect (Mimar) Sinan and Sultan Suleiman planned. A historical monument located on the center of historical Istanbul, representing the glory of Suleiman the Magnificent.

Most Beautiful Ottoman Mosques of Istanbul To Visit 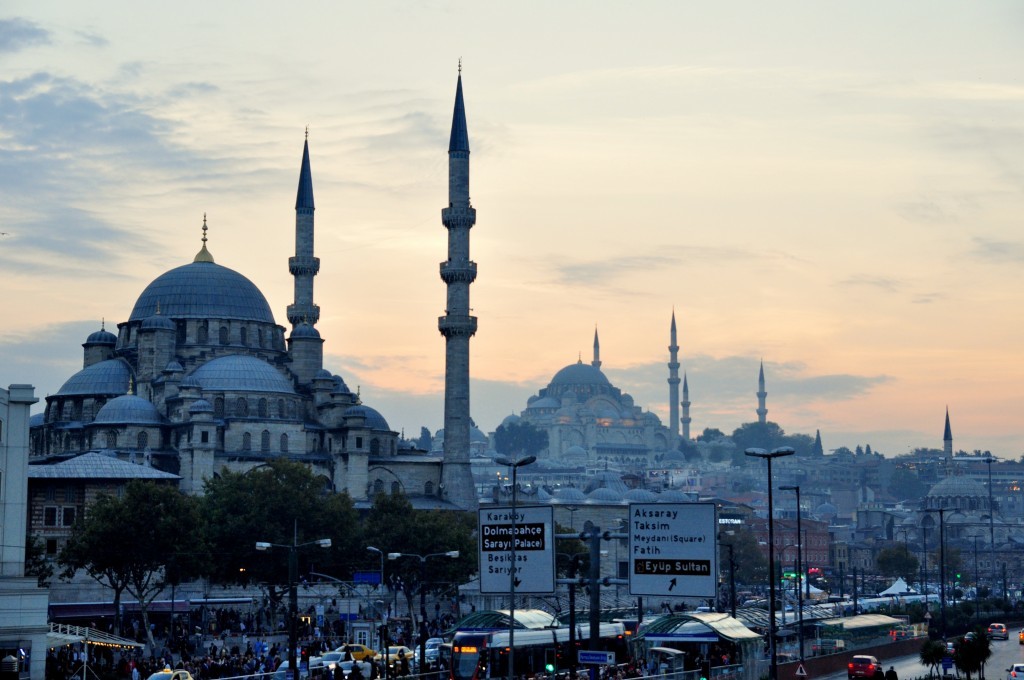 When you step on the gardens surrounding the mosque, you are filled with intuition and tranquility. There are no long lines or disorder here like the ones in front of Blue Mosque. You have everything here to enjoy the architecture to the fullest and set out on a spiritual journey. Courtyard of the mosque provides a magical glory and symmetry with its porphyry, marble and granite columns and riwaqs.

A plain glory greets the eye once you enter the mosque. You cannot find extravagant decorations on the dome, walls or columns. It encapsulates you as a whole with its walls, columns, engravings and stained-glass windows. Süleymaniye Mosque is the glory of simplicity and wisdom of tranquility.

The size of the structure and perfect symmetry are impressive for those who are interested in aesthetics. It is an evidence showing why Mimar Sinan was the most famous architect of 620 years old Ottoman Empire. Although Selimiye Mosque is regarded as the apex of Sinan’s architecture, Süleymaniye Mosque is by far the best in Istanbul.

Mihrab And Minbar in Suleymaniye Mosque

Next to the Mosque are the tombs of Suleiman and his wife Roxelana (Hürrem Sultan). From these tombs, you can pass to the southern wing of the Mosque and enjoy one of the best views of Istanbul. The story of Roxelana rising from being young handmaiden to being a wife to the Sultan Suleiman is a true fairytale.

Indeed Roxelana became a crucial part of the power governing the empire as the wife of Suleiman the Magnificent. She is the first and most powerful member of the age known as Sultanate of Women. 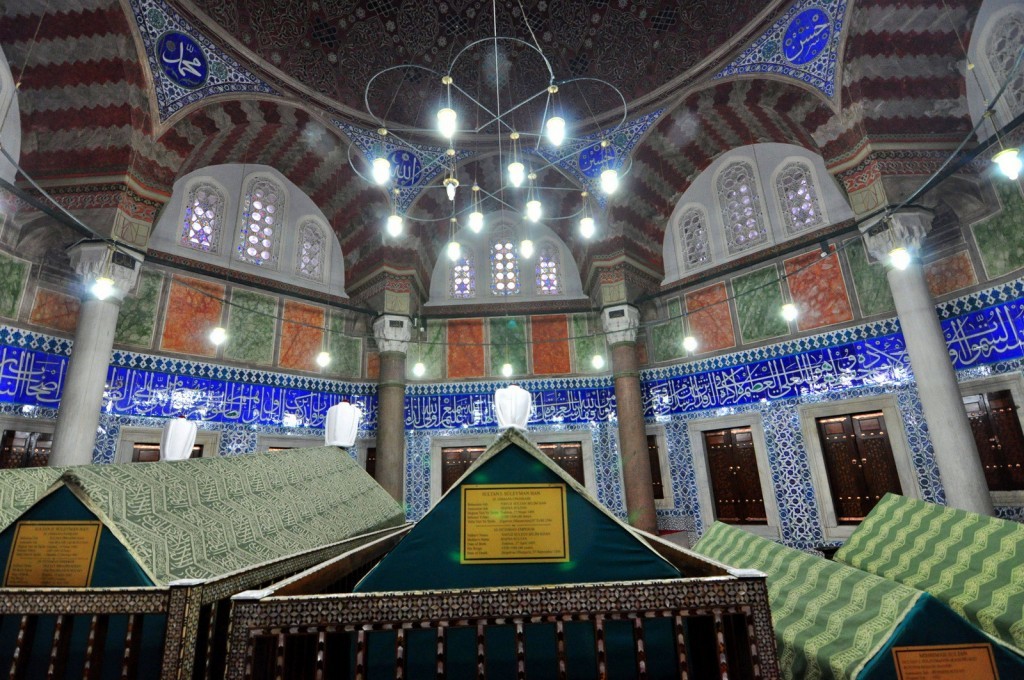 Mosque is walking distance from the Grand Bazaar. The area around the mosque has narrow roads and traffic is a bit complicated; therefore, it is advisable to reach there on foot.

Where To Eat Good Food In Suleymaniye Mosque Neighborhood?

You can visit the Süleymaniye Mosque before lunchtime. Because the little restaurants next to the mosque serve dried beans and rice (known as kuru fasulye and pilav), which are important parts of Turkish cuisine.

Kuru Fasulye (Stewed Bean) is delicious but if you are looking for more, you can find local flavors of Turkish cuisine at an affordable cost.

Suleymaniye Mosque is opened to visit 8:30 a.m. in the morning. The mosque is open to touristic visit until 6:00 p.m. except for praying times. You need to check the updated praying times before your visit.

No admission fee is required for Suleymaniye Mosque. Functioning historic mosques of Istanbul Old City is free to visit. Entrance is free of charge. Make sure that you have a headscarf to cover your head & shoulders.