Where to Buy Istanbulkart? Istanbul Card Price, Top Up, Refund

Akbil was the first electronic ticket Istanbulites used for public transport. This ticket saved the residents from the trouble of buying tickets or tokens at ticket counters and it turned out to be highly efficient.

Akbil evolved as the technology developed and it became small enough to fit in a wallet. Today, Istanbul Kart is used instead of Akbil and the card looks no different from a credit card

Using Istanbulkart is so common for Istanbulites and there is no need to explain why. However, I believe it is a good idea to explain what Istanbul Kart (Istanbul Metro Card) is and how you can use it if you get one.

Istanbul Kart is simply a contactless smart card for fare payment of public transport means such as Metro, Tram, Funicular, and Ferry.

You can get an Istanbulkart at official counters nearby tram and metro stations or ferry piers or you can buy one at a newsstand. Don’t worry about finding a place to get an Istanbulkart, as there are plenty of them nearby important public transport hubs like Besiktas, Eminonu, Kabatas, or Kadikoy. If you happen to be at a touristic spot like Sultanahmet, you can get one at a stall nearby a tram or metro station.

Where to Buy Istanbulkart in Sultanahmet? 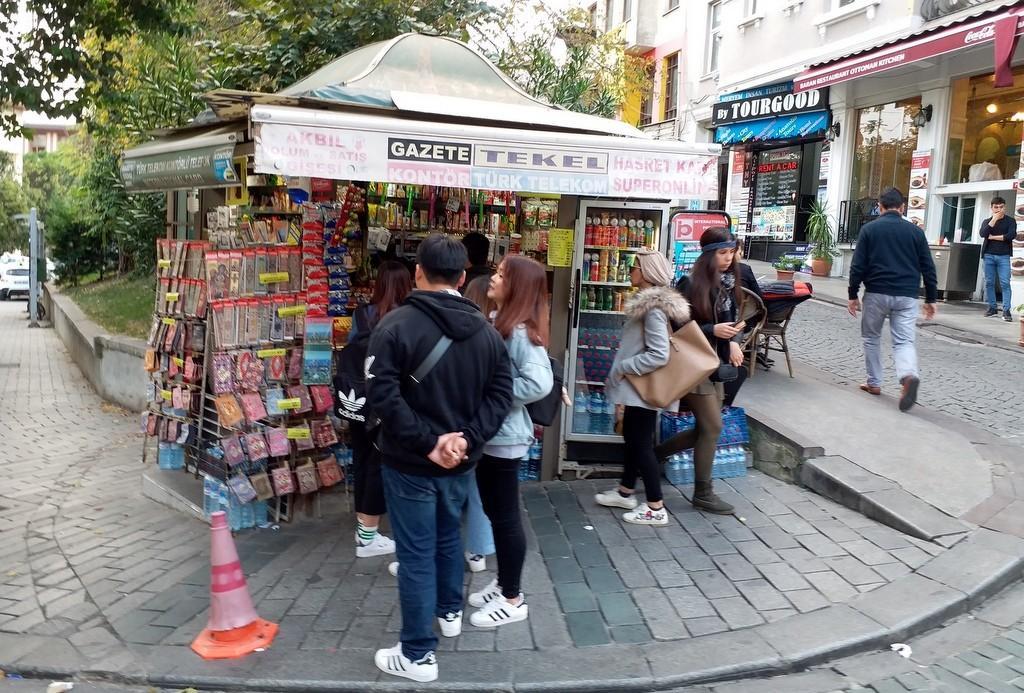 This newsstand is located just a few minutes walk from Sultanahmet Tram Station. You need to walk up the hill in the direction of Grand Bazaar (by leaving the Hagia Sophia behind) then you’ll find it on your left-hand side.

Cost of an Istanbulkart is 7 Turkish Liras in the official machines. If you buy the card from any newsstand in Sultanahmet or Taksim areas, the cost of the card would be around 10 Turkish Lira. This is slightly more expensive than yellow machines. However, large-size recharge machines selling Istanbul Card are only available in central metro stations.

However, it’s the deposit payment for the card. You need to top up in order to use the card. How much you need to top up is entirely up to passengers. However, for a visitor who wants to spend around 2 days in Istanbul, at least 20 Turkish Liras will be needed.

Apart from exceptions that I will mention later, Istanbulkart charges the same amount every time.  Any time you use the card, it charges 3,50 Turkish Liras. However, if the card is used frequently in a short period of time, a high amount of discount is applied.

Istanbul Card can be used for Ferry, Metro, Tram 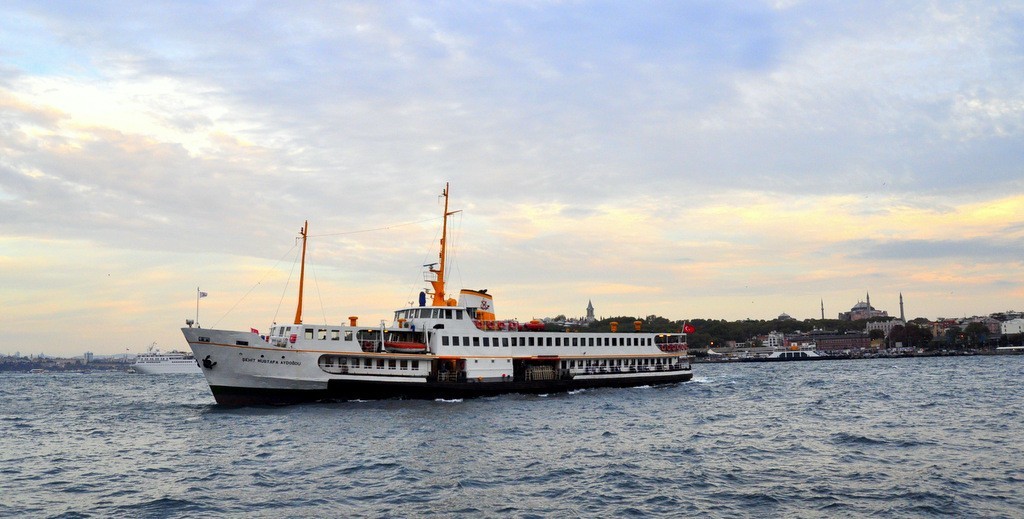 As you can see clearly, following the first use of the card, a discount is applied three times in a row and the price difference while transferring in a big city like Istanbul is too important to ignore.

Discount is applied if the card is used multiple times within 2 hours window.

As I mentioned above, there are some exceptions to the transfer charge fares listed. The most noteworthy of these happens when passengers cross from one side of the city to the other side by Metrobus. This is because Metrobus saves passengers time thanks to the rapid transit route it operates on. Therefore, the price is 5,20 TL for a Metrobus ride.

A similar situation is notable for Private Public Buses (Ozel Halk Otobusu) that operate between the two sides of the city or Express Buses which take passengers to the airport. As these buses cover long distances and take toll roads or they take a bridge to cross the other side, passengers are required to pay a double-ticket price or another high amount.

A Single Istanbulkart is Enough for Public Transport in Istanbul

What makes Istanbulkart so useful is that it can be topped up easily and it is simple to use. Moreover, you can use it to pay for others (friends, family etc…). Therefore, if there are others who accompany you, you don’t have to buy two separate cards. As long as you have enough credits in your card, there is no limit to how many people can use it.

How to Get Refund on Istanbulkart

The Istanbul card you bought for 7 liras could be returned in the past. However, since 2019, dealers selling Istanbulkart do not refund money. The reason I did not delete the refund title about Istanbulkart is that even though it is not possible to return the plastic card, you can get electronic money refund in some routes.

Marmaray and Metrobus refund money based on the length of the travel distance. Since they both serve on a very long line, they charge the entire fee as if you were going to the last stop. However, if you get off after a few stops, you can get a refund by touching your card to the electronic devices at the stations. 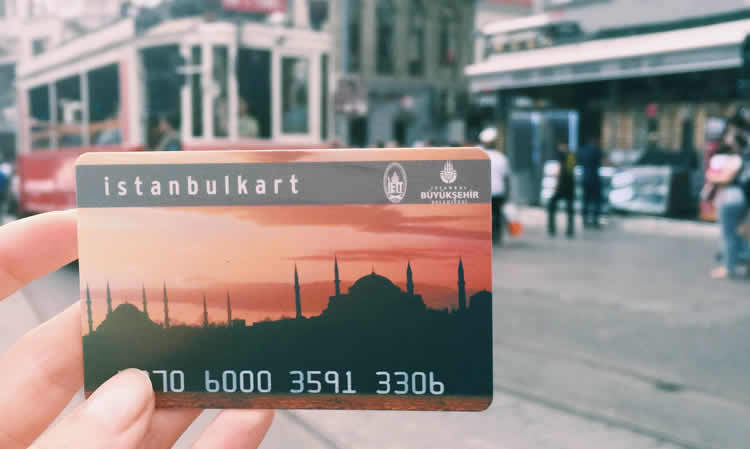 How to Top Up Istanbulkart?

In order to top up Istanbulkart, you can use the yellow machines at Metro and Tram stations or Ferry Piers. These machines enable passengers to top up only in 30 seconds.

Biletmatik is a yellow and black colored machines that look like an ATM machine, which you can see at some stations. If you place your Istanbulkart on the white space on the right side of the machine, you can top up automatically.

Istanbulkart Worth the Money? Should I Really Get One?

If you won’t use public transport more than once or twice, buying and returning an Istanbulkart may be useless. Therefore, buying single-use tokens sounds more reasonable.

However, if you plan to stay in Istanbul for a few days, you are highly recommended to get an Istanbulkart to take advantage of discounts and save yourself from buying a token every time. 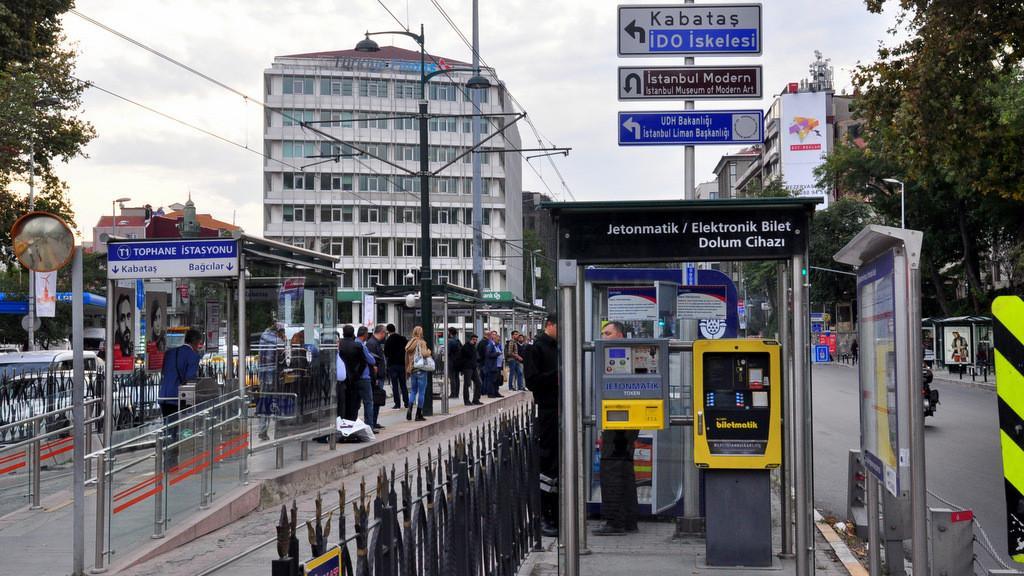 In addition to all of these information above, instructions regarding how to go places from specific locations and travel routes can be found in more detailed posts such as How to Go from Sultanahmet and How to Go from Taksim.

Where to buy Istanbul Card Blog by Serhat Engul