We can say that Sultan Mehmed the Conqueror has a special place in Ottoman History, even more than Suleiman the Magnificent.

He was an extraordinary person embodying the ideals of a Renaissance prince and imperial passion, both of which made him a person out of his time. He was highly educated, enlightened person as well as a great intellectual. 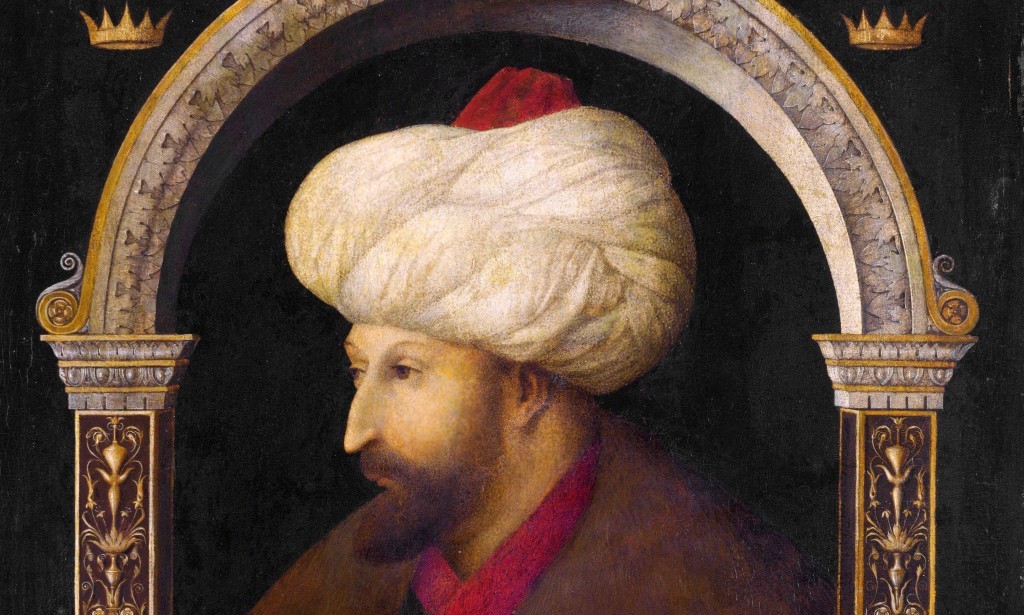 Sultan Mehmed the Conqueror is known today for his conquest of Istanbul. On the other hand, when we analyze all his administrative and military achievements, we can come to the conclusion that they were all done under a planned goal. In this context, conquest of Istanbul was part of a big picture.

Thanks to the wisdom of Mehmed, architecture and art was respected a lot in his time, therefore invaluable monuments such as Hagia Sophia has remained until today. Actually one of the first deeds of him was to restore the neglected Hagia Sophia and open it to prayer. Many other ancient structure was well preserved in his time and survived until today. Moreover, a great palace representing the classical Ottoman architecture, Topkapi Palace, was built.

Sultan Mehmed also protected the non-Muslims and created an accommodating environment for people of all races, beliefs and cultures. Therefore, Istanbul preserved its status as the capital of the world like in Byzantine area.

Ottoman Empire Capital Istanbul By The Time of Sultan Mehmed 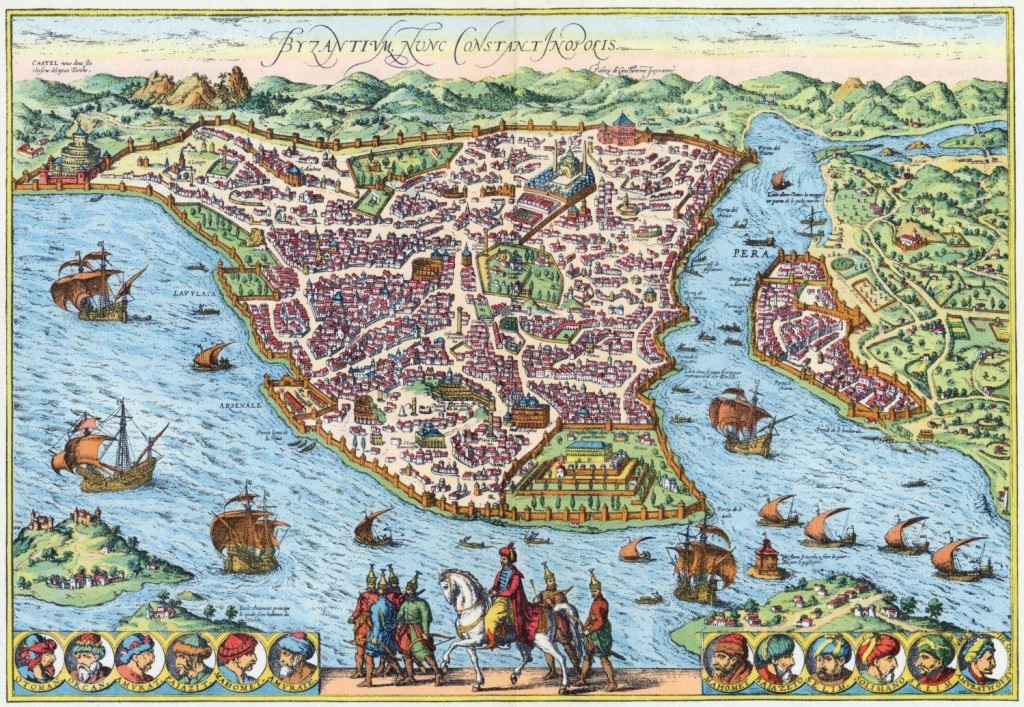 Having recently recovered from the defeat at Battle of Ankara (1402) and the shock effect at the invasion of Timur (Mongol Warlord), Ottomans were picking up its strength. Sultan Mehmed was born in this Turkmen principality expanding to both Balkans and Anatolia.

Because the princedom had the power to regulate eastern trade, Christian Europe had a hostile manner against it. The main concern of European states was not to save Byzantine Empire from the inevitable collapse but to preserve their trade colonies and their financial dealings with the east.

Well-educated II. Murad educated his son likewise. Mehmed had a chance to meet humanists like Cyriacus of Ancona and read many books.

He took the throne when he was only 20 years old in 1451 and he had only one goal: break the power of Italian city states and rule the Eastern Mediterranean trade. He dedicated his life to fulfill this strategic goal.

The fact that Ottoman Empire survived until the 20th Century owes a great deal to Sultan Mehmed’s dedication. It can be said that foundation of Ottoman Empire was solid due to the genius of Mehmed.

Ottoman Empire Map after the Conquest of Constantinople

Although conquest of Constantinople (Istanbul) was the first step in his plans, it had a geopolitical and symbolical importance. Sultan Mehmed the Conqueror built Rumelian Castle (Rumeli Hisarı) in 1452 in order to stop the passage of foreign ships from Black Sea.

Foreign Ships had a chance to use Bosphorus long after in 1840 when London Treaty was signed when Ottoman Empire found itself in a difficult situation due to the rebellion of Mehmet Ali Pasha of Egypt.

The city was symbolically important because it was seen as Islamic mission to capture it since the time of Prophet Mohammad. With this conquest, Sultan Mehmed not only tore down an empire of 1500 years, but also laid a claim on its heritage. 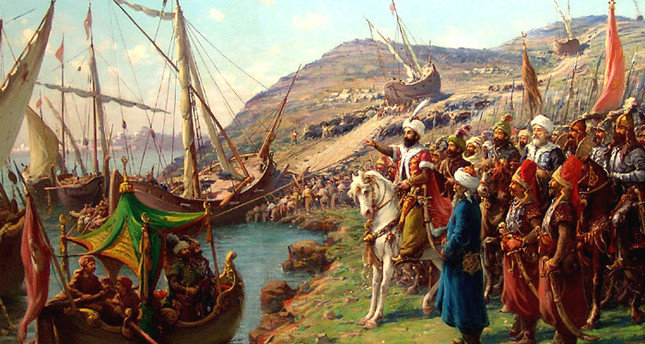 Efforts to Exert Dominance on Balkans and Black Sea

When he conquered Istanbul, he started many military campaigns. In his first years, he directed his attention to discharge last Turkmen princedoms in Anatolia, Empire of Trebizond, Duchy of Athens in Balkans, Princedom of Moldavia and Kingdom of Serbia. Another of aim for these campaigns was to take control over the areas under the influence of Venetians and Genoese.

This first invasion era ended with the conquest of Trabzon in 1461 and Sultan Mehmed attacked Venetians directly beginning with 1463. War lasted for 16 years in land and sea. Albanians armed by Venetians resisted successfully to Ottomans. 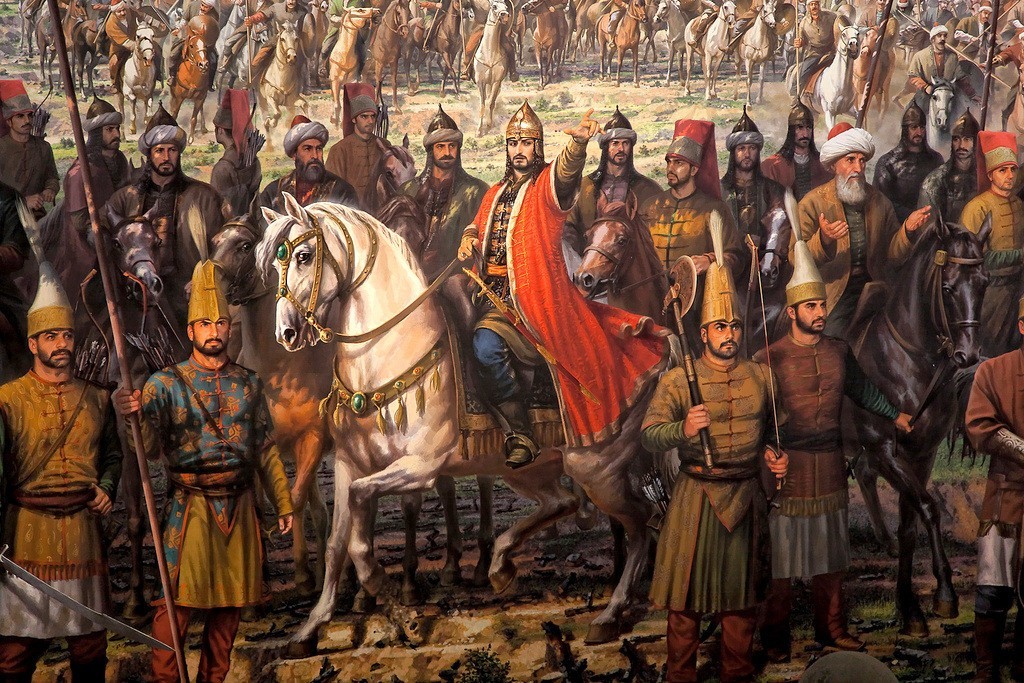 Dream of Capturing Italy and Rome

Ottomans finally reached Adriatic shore and capturing Euboea Island and some parts of Greece belonging by Venetians. In the meantime, Sultan Mehmet invaded Crimea and abolished Genoese colonies there.

After the signature of peace treaty on 1479, armies of Sultan Mehmed started to invade Rhodes as well as heading towards Italy. During a campaign towards Puglia region, they captured Otranto.

Sultan Mehmed II (The Conqueror) died in 1481 at the age of fifty while he was preparing for another campaign. While he was trying to fulfil his dream of capturing Italy, he beautified Topkapı Palace by inviting Gentile Bellini and Constanzo Ferrara from Italy.

Mehmed took over a princedom and turned it into an empire. Famous grandsons like Suleiman the Magnificent followed his footsteps but none had a chance to fulfil his dream of conquering Italy.

Mehmed The Conqueror Facts and Accomplishments by Serhat Engul