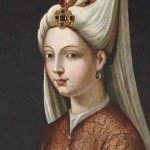 Sultan Suleiman ruled for 46 years when the Ottoman Empire was at the height of its power. The series "Magnificent Century", about Sultan Suleiman's wife, children and sisters, was watched by millions of people around the world. Sultan Suleiman's father was Selim I (the Resolute). Although Selim was the ruler for only 8 years, he had conquered important lands in the history … END_OF_DOCUMENT_TOKEN_TO_BE_REPLACED 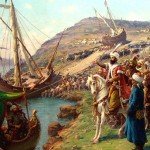 We can say that Sultan Mehmed the Conqueror has a special place in Ottoman History, even more than Suleiman the Magnificent. Because Mehmed II's reforms enabled the Ottoman Principality to transform into a multinational empire in the coming decades. Mehmed was an extraordinary person embodying the ideals of a Renaissance prince and imperial passion, both of which made him a … END_OF_DOCUMENT_TOKEN_TO_BE_REPLACED

Sultan Suleiman had all the personality traits that made people legendary. He was not only a talented soldier and a strategist, he also mastered the art of jewelry making. As a foresighted leader, he was also an intellectual with an interest in art and architecture. His wife, Hurrem Sultan, was the most powerful woman in Ottoman history. Suleiman spent his life to build the … END_OF_DOCUMENT_TOKEN_TO_BE_REPLACED

Sultan Suleiman the Magnificent inherited the throne at the age of 26. Sultan Suleiman was the only son of Selim I, who conquered Mecca, Medina, Jerusalem and Alexandria. Suleiman, who ascended the throne in 1520, ruled the Ottoman Empire for 46 years until 1566. The young Sultan soon proved to be a man of many talents. Thanks to his achievements in the 16th century, he was … END_OF_DOCUMENT_TOKEN_TO_BE_REPLACED