Legacy of the Roman era, chariot races were the main public entertainment during the Byzantine period. An important feature of the races held in Hippodrome was that they served as arena for politics. Teams were made up of blues and greens and each team had a political significance like the political parties of today.

Blues and Greens at the games of Hippodrome of Constantinople

Blues for example symbolized the nobility, namely aristocracy and Greens were supported by the lower classes such as merchants, artisans and farmers. Whichever team a new emperor supported when he came to power would be an indication of the policy he would follow.

Justinian started supporting the blues when he came to the throne. The laws he passed were not favored by the lower classes of the public. Increasing dissatisfaction turned into a hatred which manifested itself in the hippodrome (located in today’s Sultanahmet area) in 532.

Beginning of the Nika Riots in Constantinople

A group of people speaking against Justinian ignited the protests and Justinian was hastily taken to the palace when the protests accrued. Rioters burnt down the Big Church (Megale Ekklesia) which was located where Hagia Sophia is located today.

Hagia Eirene Church, located where the first yard of Topkapı Palace is located today, was also damaged due to vandalism. According to the sources, even a hospital including the patients inside was burnt down.

Just when Emperor Justinian was about to leave Constantinopolis with a boat, his wife Theodora told him: “People like us who wear the dresses of the emperor and the empress should not live like common people by giving up the throne but they should die in this dresses if necessary.”

Upon hearing this, Justinian decided not to leave Istanbul and called for the famous commander Flavius Belisarius who was on an expedition to Iranian border. Justinian managed to survive until the famous general came to Istanbul and his arrival eventually saved him. 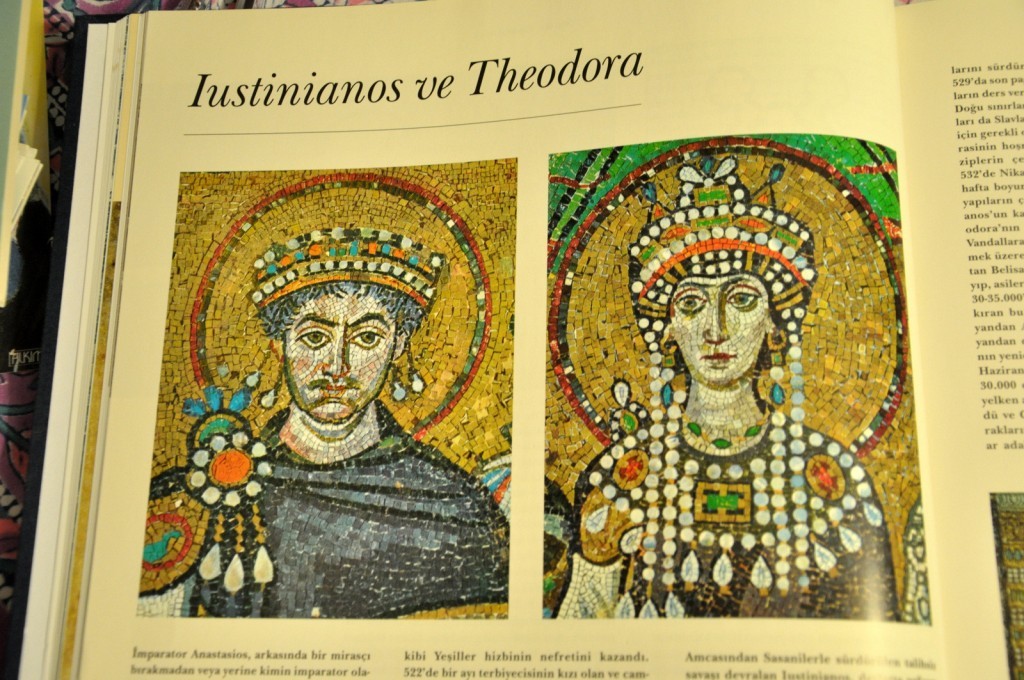 Rumour has it that Justinian made a plan when the strong general Belisarius approached the city. He sent the second most important general Narses to hippodrome unarmed and Narses met the leaders of the blues there.

He told them that the emperor supported them from the beginning and they would be given pots of gold and privileges if they stopped the riots. After this meeting, most of the blues began leaving the hippodrome.

The greens left inside and other rioters were destroyed by the army of Belisarius who stormed the city. Belisarius suppressed the riots by killing thirty thousand people. 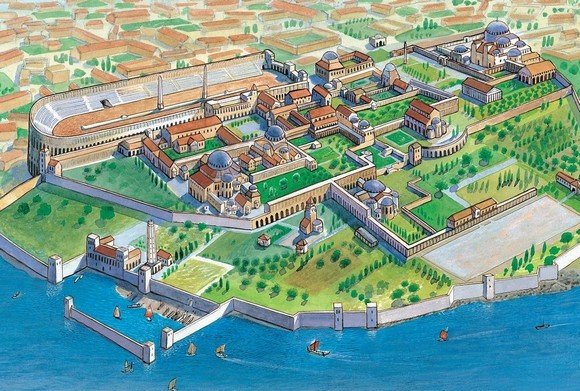 About The Visual: The Nika Riot took place at the center of Constantinople. Justinian managed to defend himself in his palace which was located next to Hippodrome. Eventually rebels were sieged in massive Hippodrome area (by general Belisarius) and many of them were killed.

Construction of Hagia Sophia by Emperor Justinian the Great

In order to lift the wreckage quickly, Emperor Justinian decided to commission the biggest temple ever seen in order to show his strength to everyone. Therefore Hagia Sophia and Hagia Eirene were rebuilt. Today Hagia Eirene in the first yard of Topkapı Palace and Istanbul’s darling Hagia Sophia stand still.