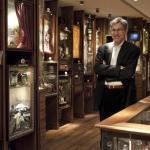 The Museum of Innocence is named after the novel by Nobel Prize-winning author Orhan Pamuk. The museum, organized according to the plot in the novel, received the European Museum of the Year award in 2014. There is a nostalgic atmosphere in the museum, which reflects the Istanbul of the 70s and 80s. Although the Museum of Innocence is in essence a romance novel, it actually … END_OF_DOCUMENT_TOKEN_TO_BE_REPLACED 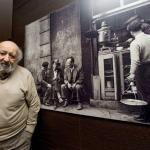 Ara Guler was Turkey's most passionate photographer. Ara Guler discovered the famous ancient city of Aphrodisias during a photography trip. Guler is also the first name that comes to mind when it comes to nostalgic Istanbul photographs. In this article, you can find information about Ara Guler Photography Museum, which was opened a few months before the famous photographer … END_OF_DOCUMENT_TOKEN_TO_BE_REPLACED 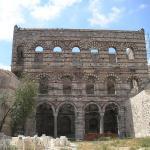 When Emperor Constantine moved from Rome to Constantinople, a magnificent palace named "Great Palace" was built in the new capital. Seven centuries later, the Palace of Blachernae began to rise. The Palace of Porphyrogenitus, which is the only surviving extension from the Palace of Blachernae, was recently turned into a museum under the name Tekfur Palace. In this article, I … END_OF_DOCUMENT_TOKEN_TO_BE_REPLACED

Museum of The History of Science and Technology in Islam is located in Sultanahmet, one of the most touristic districts of Istanbul. The museum is located within walking distance from Topkapi Palace and Hagia Sophia. Those who visit Topkapi Palace usually visit the palace courtyards, harem and archeology museum. However, the Science and Technology Museum in Islam is often … END_OF_DOCUMENT_TOKEN_TO_BE_REPLACED

The Monastery of the Theotokos Pammakaristos was one of the most important works of the late Byzantine period in Istanbul. Pammakaristos Church, the only structure remaining from the monastery complex, serves as a mosque and museum today. In this article, you can find information about Fethiye Museum entrance fee and opening hours. Since there is a beach resort in Turkey … END_OF_DOCUMENT_TOKEN_TO_BE_REPLACED

Rumeli Fortress is a 550-year-old building located on the European side of the Bosphorus. Built during the Ottoman period, the fortress was built to prevent interference from the Black Sea during the siege of Constantinople. The surrounding of Rumeli Fortress is a very lively tourist center today. There are great restaurants and cafes in this neighborhood where Istanbulites … END_OF_DOCUMENT_TOKEN_TO_BE_REPLACED

Theodosius Cistern is one of the mysterious Byzantine cisterns in Istanbul. The cistern, which was recently restored and opened to visitors, is known locally as the Serefiye Sarnici. The museum is located in Sultanahmet, Istanbul's most touristic district. In order to reach the underground cistern, you enter a modern-designed glass room and go down the stairs. In this … END_OF_DOCUMENT_TOKEN_TO_BE_REPLACED

The Great Palace Mosaic Museum reflects the splendor of the once magnificent Roman palace. Built in the 4th century by Emperor Constantine, the palace hosted Roman and Byzantine emperors for 800 years. Although the Great Palace was abandoned from the 11th century and was replaced by the Palace of Blachernae, its fame has survived to the present day. The stunning mosaics that … END_OF_DOCUMENT_TOKEN_TO_BE_REPLACED

It is possible to witness the thousands of years of history of the city in the Museums of Istanbul. As the city was the capital of the Roman, Byzantine and Ottoman empires, it has a cultural heritage consisting of many layers and promises a mysterious experience to history lovers. You can find interesting facts about the museums of Istanbul in this article. As a tourist … END_OF_DOCUMENT_TOKEN_TO_BE_REPLACED

Rahmi Koc Museum is located on the shores of Golden Horn in Haskoy neighborhood. This unique museum is the first museum in Turkey that is dedicated to the history of industry, transportation, and communications. Istanbul Rahmi Koc Museum was opened to public thanks to the years of effort and investment of a real collector, Rahmi M. Koc. Two buildings from the Ottoman era was … END_OF_DOCUMENT_TOKEN_TO_BE_REPLACED