Arising of Christian doctrine coincides with Emperor Augustus reign. Born around Jerusalem (Bethlehem), Jesus offered his teaching to a small group gathered around him and he was crucified in his 30s inequitably.

Christian doctrine was spread throughout the world by his apostles whom Jesus trained as his students. They tried hard to spread his legacy to significant cities such as Rome, Ephesus, Antioch and Alexandria. But their effort was blocked by state authority of Roman Empire who regarded Christianity as a major threat to its own existence.

After having been exposed to oppression for ages, Christians got lucky in Emperor Constantine period. Constantine had a dream in which it was heralded that they could win the war if his soldiers would draw cross signs on their shields before the Battle of the Milvian Bridge. He won the war and started to lean towards Christianity. Then, he allowed Christians to practice their religions freely in Roman Empire with the Edict of Milan, 315 A.D.

Until Emperor Constantine’s era, official state of Roman Empire had polytheistic belief and Christianity was an underground organization; it lacked official institutions and clergy. There were two things executed by Constantine the Great in 320’s that had an impact on Christian history: he announced Constantinople as the new capital of Roman Empire, and he convoked First Council of Nicaea to determine the principals of Christianity.

Principles of church structure were discussed in detail and it was determined that there would be 5 main Christianity Centers: Rome, Constantinople, Antioch, Jerusalem and Alexandria. They appointed a bishop to each of these important cities of Ancient Time. The Bishop was widely called as “Pope” in Rome, and “Patriarch” in Constantinople. Dissidence between two bishops marked the history of Christianity in Medieval times.

The Monastery of the Theotokos Pammakaristos

The Ecumenical Patriarchate of Constantinople has been a spiritual center for Orthodox Christians for ages. Although the Eastern Orthodox Church is split into autocephalous sub-groups such as Church of Greece, Bulgaria, Russia and Ukraine today, Ecumenical Patriarch of Constantinople still holds a special place of honor within Orthodoxy and enjoys the status of primus inter pares (first among equals).

After Hagia Sophia was converted into mosque in 1453, the Ecumenical Patriarch moved into the Church of Holy Apostles. It stayed there for a couple of years and was moved into the Pammakaristos Church, known as Fethiye Museum today. After Pammakaristos Church was converted into mosque by Murad III and named as Fethiye Mosque, Patriarchate was moved to its final place, St. George’s Cathedral.

After Michael’s death, his wife Maria Doukaina built a burial chapel (Parekklesion) to the south of the church in honor of her husband. Adorned with the most beautiful works of art of the period, Pammakaristos is home to wonderful Byzantine mosaics.

Pammakaristos was used as the Patriarchate building between 1455 and 1586. It was converted into a mosque during the reign of Sultan Murad III (1574-95) and began to be called Fethiye Mosque. Parecclesion section of the church is open to visitors as Fethiye Museum.

If you would like more information about Byzantine churches in Istanbul, you can also take a look at this article that I published on another website. 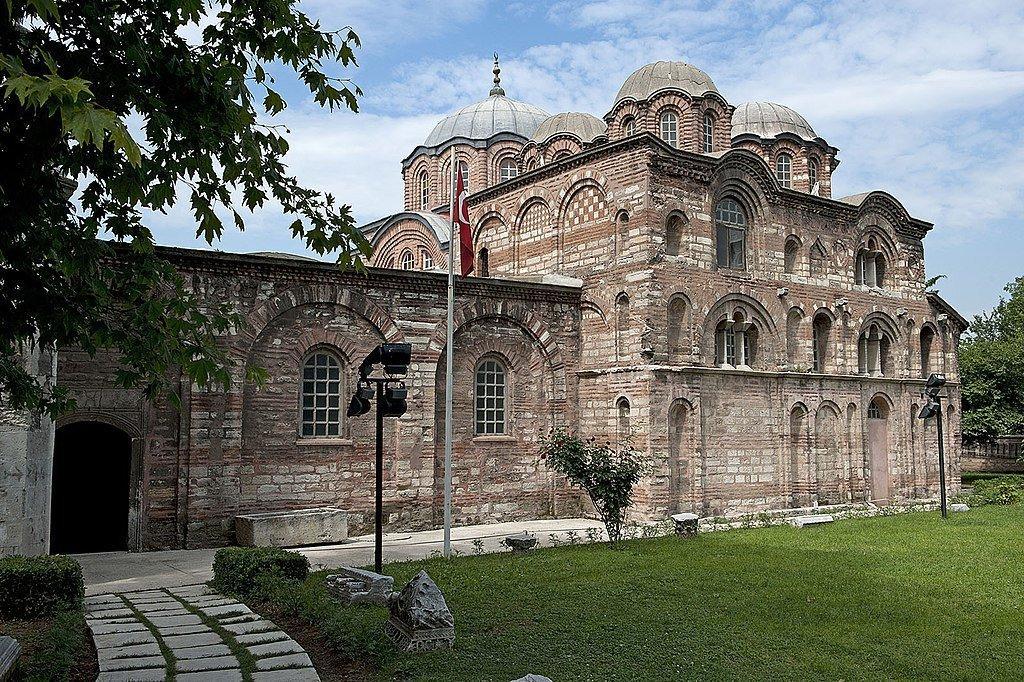 The entrance fee to Fethiye Museum is 6 Turkish Liras as of 2020. Admission ticket is free for children under 8 years. You can use Istanbul Museum Pass to enter Pammakaristos Church.

Fethiye Museum is open to visitors between 09:00 in the morning and 19:00 in the summer season between 1 April and 31 October. It closes at 17:00 between November 1 and April 1, which is considered the winter season.

Entrance times of museums in Istanbul may change due to events and renovations. Before going to the museum, I recommend you to visit the official website of Fethiye Museum and review the latest situation.

Fethiye Museum is Currently Under Restoration

Fethiye Museum is one of the museums run by Directorate of Hagia Sophia Museum. As of 2018, it has been closed for restoration and opening date is still not certain. You can follow the current status of the museum from the official website that I share in the top lines. This blog post will be updated when the museum reopens.