Located in Sisli, Ara Guler Photography Museum is home to the documents about life and works of Ara Guler. Before mentioning about the museum, it is good to establish who he was and what he did in his ninety years long life. In effect, it would be hard to understand the works in the museum without having a knowledge about his life and his success in photography.

Who is Ara Guler?

Originally named as Aram Guleryan, Ara Guler was born in Beyoglu in 1928. It can be said that his father, Dacat Guler, was the main initiator of his interest in art photography. After realizing that his son was interested in cinema and photography, Dacat Guler gave him a 35mm cinematograph and a camera as a gift.

As he started to become interested in “visuality” when he joined Muhsin Ertugrul’s drama classes in his high-school years, he began to work as a reporter in a newspaper called “Yeni Istanbul” in 1950 with his father’s support after learning photography with cameras his father gave to him. At that year, he got into Department of Economics in Istanbul University. Although he sent some stories to Armenian newspapers and magazines for a while, he decided to be a journalist while he was studying in university and became one of the most important photographers in 20th century.

Ara Guler described himself as a journalist rather than an art photographer in his whole career. He achieved to frame lots of things about 20th century from old Istanbul streets to portraits of famous people such as Winston Churchill, Maria Callas, John Berger and Pablo Picasso in his career. 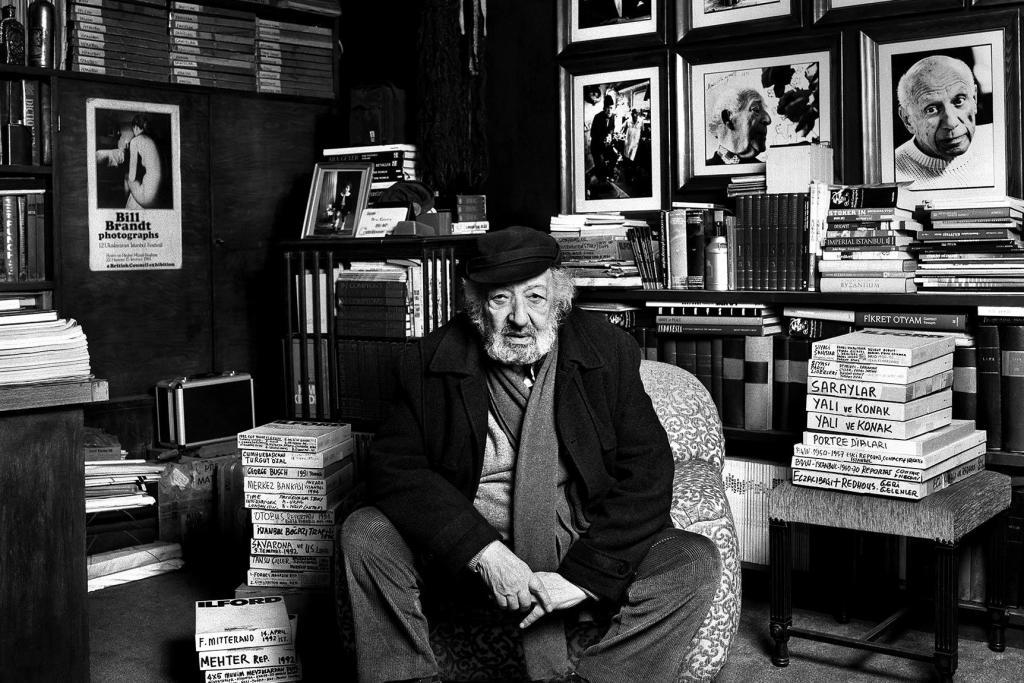 His Career in Photography

His career dates back to 1953, the year he met with Henri Cartier Bresson. He was accepted to Magnum Photos with Bresson’s support at that year. As one of the most important photography agencies, Magnum Photos was a huge opportunity for Guler and he became internationally famous with the works he produced there.

Ara Guler attracted English Photography Annual Anthology’s attention and he was selected as “One of the world’s top seven photographers” by this important magazine in the field of photography. In 1953, he became the only Turkish member of American Society of Magazine Photographers.

As a productive and hardworking individual, Ara Guler worked as near-east newspaper photographer in Time-Life, Paris-Match, Der Stern and while he was the department chief of photography in “Hayat” magazine.

From 1950’s onward, he held exhibitions in cities such as New York and Paris and his photographs drew heavy attention. He earned the title of “Master of Leica”, a rare title, in Germany in 1962. The same year, “Camera” Magazine, published in Switzerland and regarded as one of the most important publications in the field of photography, dedicated a special issue to him.

Guler’s fame was exceeding Europe in those years. In 1967, Photography of the World, published in Japan, included the collaborative works of Guler and Richard Avedon in its anthology. In 1968, an exhibition called “Ten Masters of Color Photography”, held in New York Modern Art Gallery, included his works. The same year, in Photokina Fair, held in Koln, his works were exhibited. In the early 1970s, he focused on art and art history. In those years, his works were used in Newsweek and Skira Publishing, located in Switzerland. 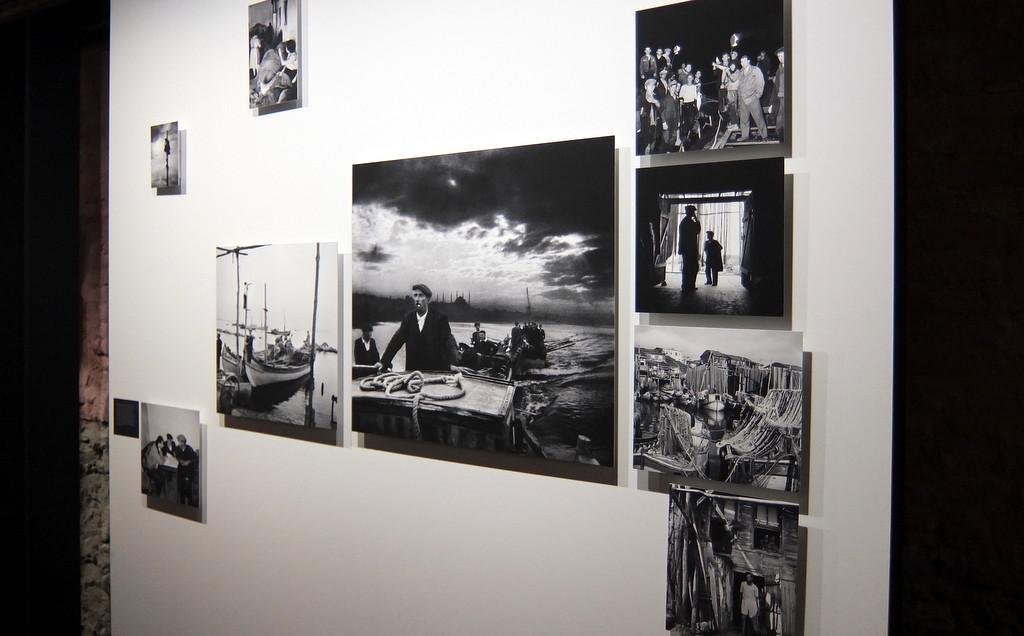 The photo interview he did with Picasso in 1971 is regarded as one of his most important achievements in his career. He did this interview for the book called “Picasso Metomorphose et Unite”, a dedication by Skira Publishing to Picasso for his 90th birthday. Although Picasso did not enjoy posing for the cameras, he accepted the offer after Ara Guler insisted.

The following year, his works were displayed in his private exhibition, held in Paris National Library. Upon a special invite he went to the US to photograph many famous Americans, and his works were exhibited in many parts of the world under the name of “Creative Americans”. At the same year, he returned to Turkey and shot a documentary called “Kahramanin Sonu” (The End of the Hero) that mentions about dismantling of “Yavuz” battleship.

Ara Guler became an important character in promoting and shaping the perception of Turkey to the world through his works. His photographs were used in Mariana Noris’ book called “Young Turkey” in 1964. His photograph album called “Turkei” was published in Germany in 1970. He photographed the book called Mimar Sinan written by Prof. Abdullah Kuran in 1986 and that book was published as English by “Institute of Turkish Studies” in 1987.

The museum which shines Guler’s career was opened in 2018, at his 90th birthday. Museum includes great deal of works of Ara Guler and his personal belongings such as his notes, press credentials, collections and books. 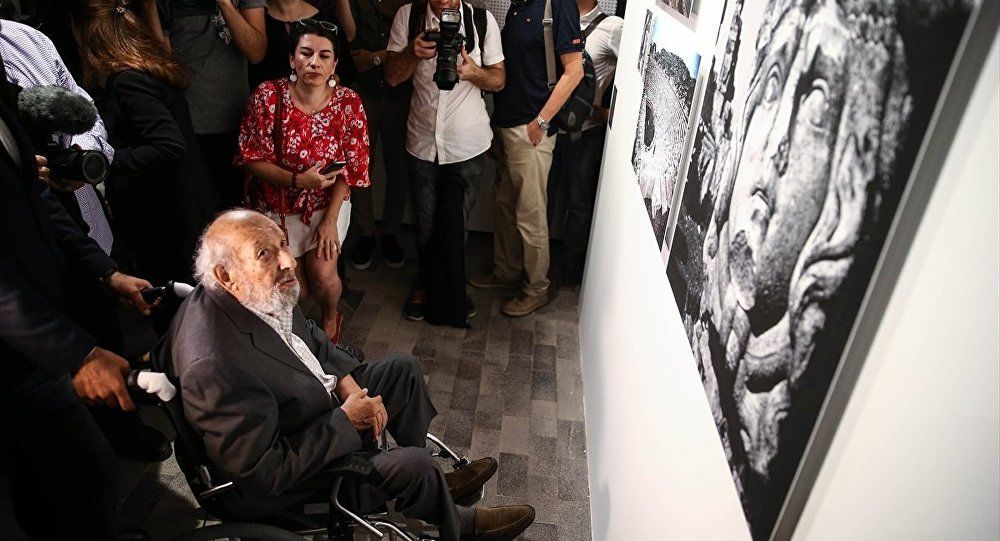 Ara Guler Museum is a non-profit institution. Therefore, it does not require any entrance fee as of now. Also, you can enjoy free activities such as film screening, conversations, panel discussions and free places such as archive and research center.

Visiting times of museums in Istanbul may change due to events and renovations. Before going to the museum, I recommend you to visit the official website of Ara Guler Museum and review the latest situation.

Where is Ara Guler Museum and How to go there?

Museum is located in Sisli/Bomontiada. In order to visit the museum, you need to walk 15-20 minutes to Bomontiada direction after you get off in Osmanbey Metro Station.

The museum is also reachable if you take IETT buses. You can visit the museum within minutes by using municipality buses with the numbers of 54K, 30A, 66, 46Ç, 48N.