Things to Do in Bebek Neighborhood, Istanbul

I have been advertising Istanbul’s historical sights in my blog. Bebek neighborhood hardly has any historical place except for Bebek Mosque and the stylish Egyptian Consulate building. On the other hand, Bebek has a spectacular view of Bosphorus. Besides locals love this small neighborhood for its lovely atmosphere.

Bebek is located at the European Side of the Bopshorus. It’s the nicest bay of Bosphorus just like its lovely name. The Bebek is housing most trendy cafés and restaurants of Bosphorus shores.  Therefore locals rush there at the weekend to have a nice waterfront Turkish breakfast and a bit of shopping.

Places to See in Bebek Neighborhood

The best views of Bebek neighborhood, can be seen during a Bosphorus Cruise journey. You can appreciate the views of Egyptian Consulate, Bosphorus University, Bebek Mosque and Bebek Bay.

Bebek restaurants and cafés look lovely from the Bosphorus tour boat, so that people wants to come back to Bebek to stroll around. Some of the best fish restaurants of Istanbul also located at Bebek neighborhood.

Let’s review the places to see in Istanbul Bebek with a bit of history. 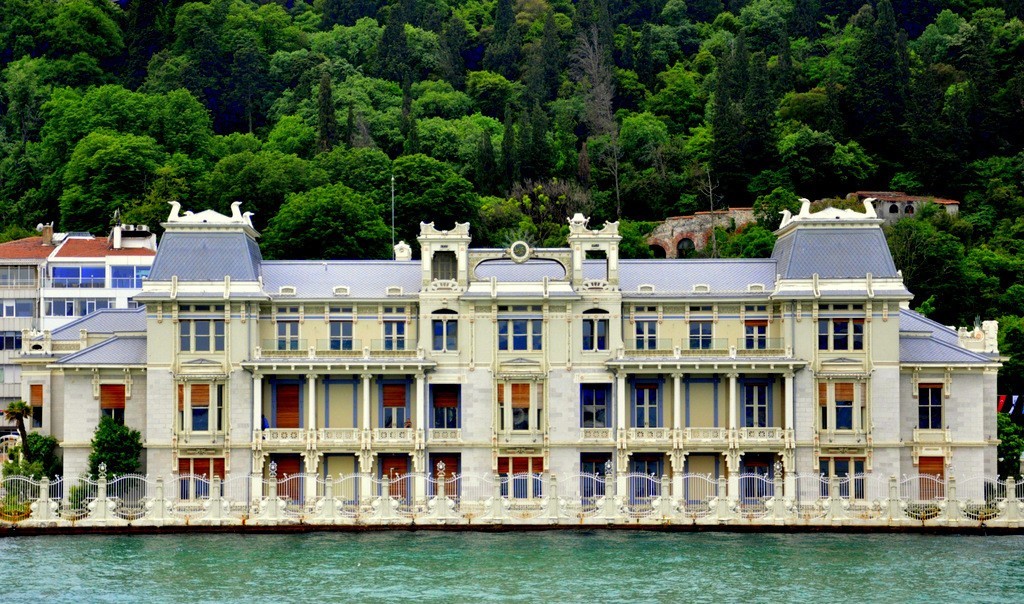 One of the most picturesque waterfront building at Bosphorus. This elegant art nouveau mansion was commissioned by the last Khedive of Egypt. Built at the end of the 19th century like many other buildings in the Bosphorus.

As the story goes, Ottoman Sultan Abdülmecid, was in love with the Bosphorus. Firstly he built an elaborate pavillion at the Topkapı Palace to enjoy the view of Bosphorus. (Mecidiye Pavillion)

In the meantime, Nikoğos Balyan (the chief architect), built the spectacular Dolmabahce Palace for him. A waterfront palace located at the best area of the Bosphorus.  Abcülmecid left his traditional Topkapı Palace, in order to live in a European style Bosphorus Palace.

Folowing the Sultan, majority of Istanbul’s prominent figures built their houses in Bosphorus just like the Khedive of Egypt, who built this extravagant building.

Turkey’s most well-known university located on the uphill Bebek. Bosphorus University, founded as Robert College by an Englishman Cyrus Hamlin in 1863, shares the hillside with the Sultan Mehmed II’s Rumeli Fortress. 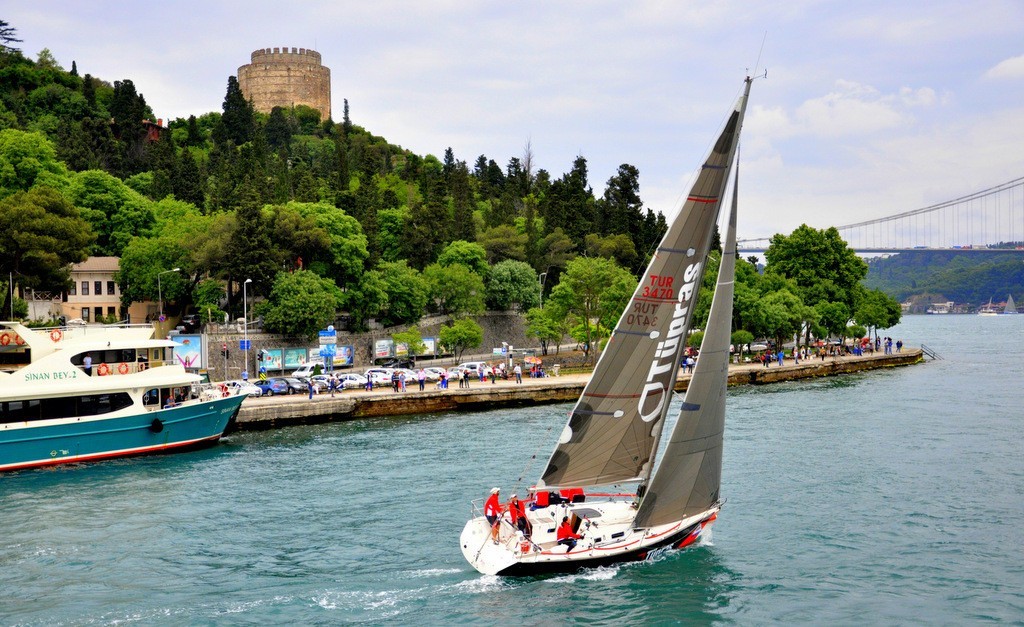 Restaurants and Cafes in Bebek Neighborhood

Baylan is originally located at Kadikoy (Istanbul’s Asia Side). Baylan is one of the most well-known patisserie in the city. They serve delicious Turkish desserts alongside with fresh Turkish tea! I strongly recommend you to visit this place to have a Turkish Breakfast or drinking a nice Turkish tea.

This café is a modest place for a a tea or a coffee break as well as a good Turkish breakfast. Bebek Café located next to the Bebek pier, adjacent to the lovely Bebek park.

This place provides the most tasty marzipan in Istanbul. The shop has been selling marzipan, an almond paste dessert, since 1904. Istanbul’s unique historical establishment like Baylan, Hafiz Mustafa or Ali Muhittin Hacibekir.

One of Bebek’s most favorite & trendy spots. Lucca is a small trendy café, bistro and bar.  Easy-to-find establishment at the heart of Bebek, which serve delicious cocktails and wide variety of Turkish food.

Walking From Ortakoy To Bebek 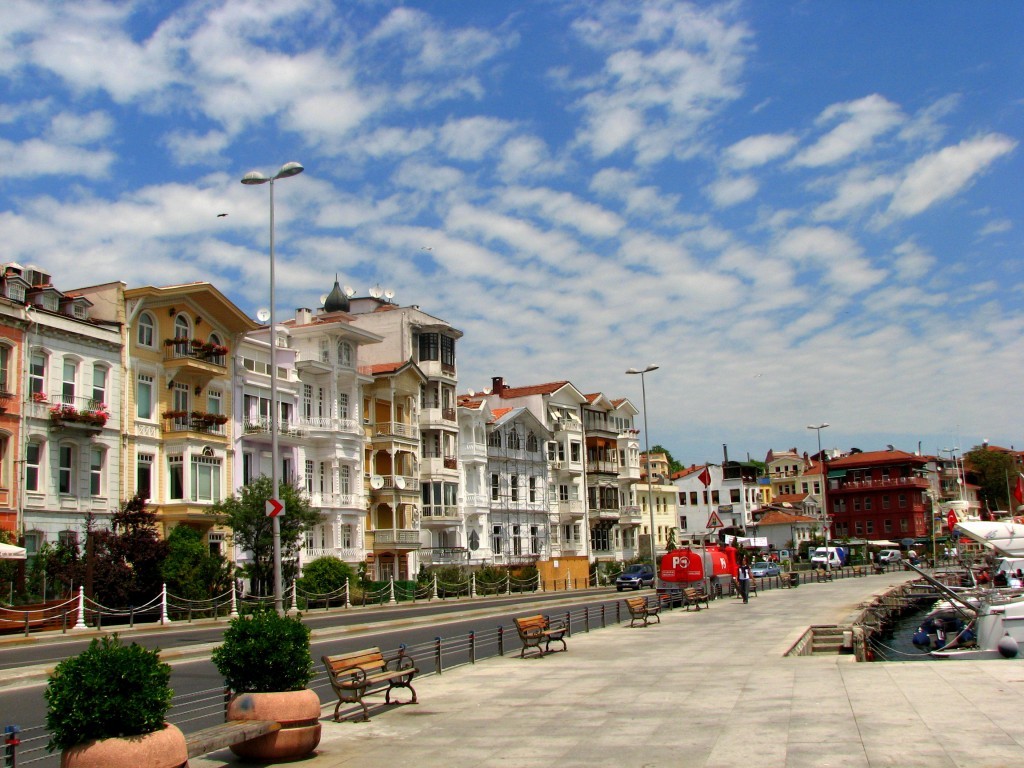 Walking from Bebek to Ortakoy

Things to Do in Bebek Neighborhood

Walking From Bebek to Ortaköy

The best walk along the Bosphorus can be experienced from Bebek to Ortakoy. Ortaköy is another cozy village of Bosphorus located near Beşiktaş (hub of European Bosphorus shore)

To have a good Turkish breakfast in Bebek, then walking to Ortaköy and strolling through its street market strongly recommended. Perhaps you might eat Kumpir (Ortaköy’s symbolic baked jacket potatoes) for the lunch just like the locals usually do!

For more information, you may read Ortakoy Things to do article. 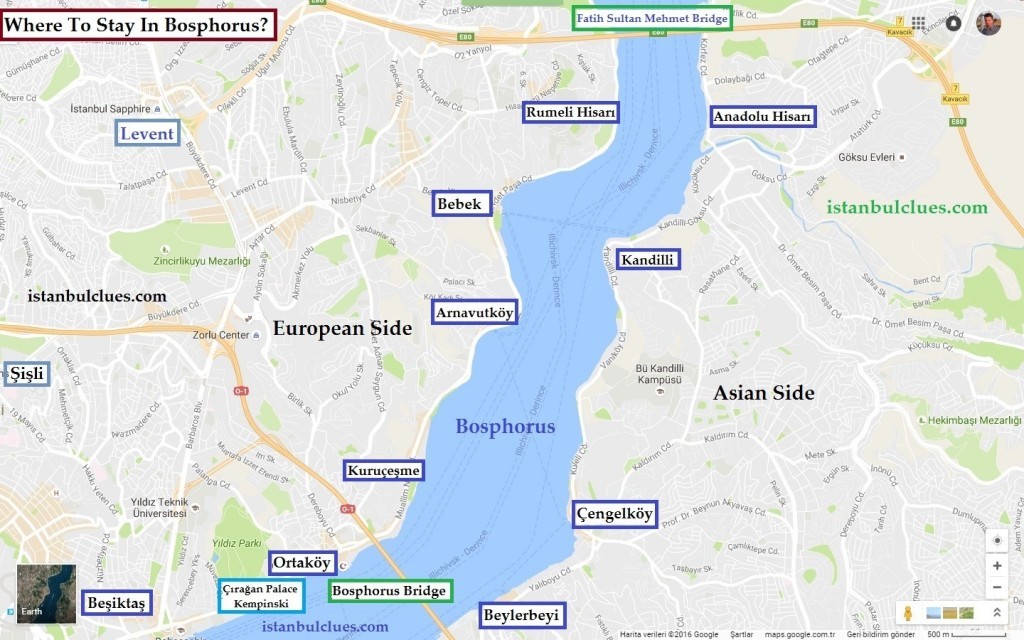 Things to Do in Bebek Neighborhood By Serhat Engul