Troy is located on the skirts of Kaz Mountains and we know things about Troy from the books of Homer in which he narrated the Trojan War in details.

However, what makes Troy important is not only this legendary war because it’s known that the settlement in this city dates back to older times, to Hittite era. Therefore, you should definitely visit Canakkale Troy Ancient City and Museum in Turkey to witness the history of one of Anatolia’s oldest cities.

Homer mentions Troy and a legendary war fought in this city in Iliad and Odyssey.

According to the story in Iliad, the incidents that led to the war started at a wedding ceremony that Zeus organized. Eris, the goddess of strife and discord, is not invited to the wedding of Peleus and Thetis and she sends an apple to the wedding and wants it to be given to the most beautiful goddess at the wedding.

However, Athena, Hera and Aphrodite can’t agree on who should have the apple. Then, Zeus assigns Paris to make the choice and sends both the apple and goddesses to him. Paris gives the apple to Aphrodite, but he wants something in return. Aphrodite will make Helen, the most beautiful woman in the world, fall in love with Paris.

When Helen falls in love with Paris, the Achaeans (that’s how Homer described the Greek communities) sees it as a humiliation. They gather an army under the leadership of the King Agamemnon of Mycenae and wage a war on Troy and that’s how the war begins.

Homer speaks of a war in Iliad that lasts for ten years. However, he describes the last month of the war in more details. The Trojan War inspired many films and novels in modern times. The trip of Odysseus, one of the Greek commanders at war, to his home (Ithaca) after the fall of Troy is narrated in Odyssey.

The Trojan War was filmed in the 2000s 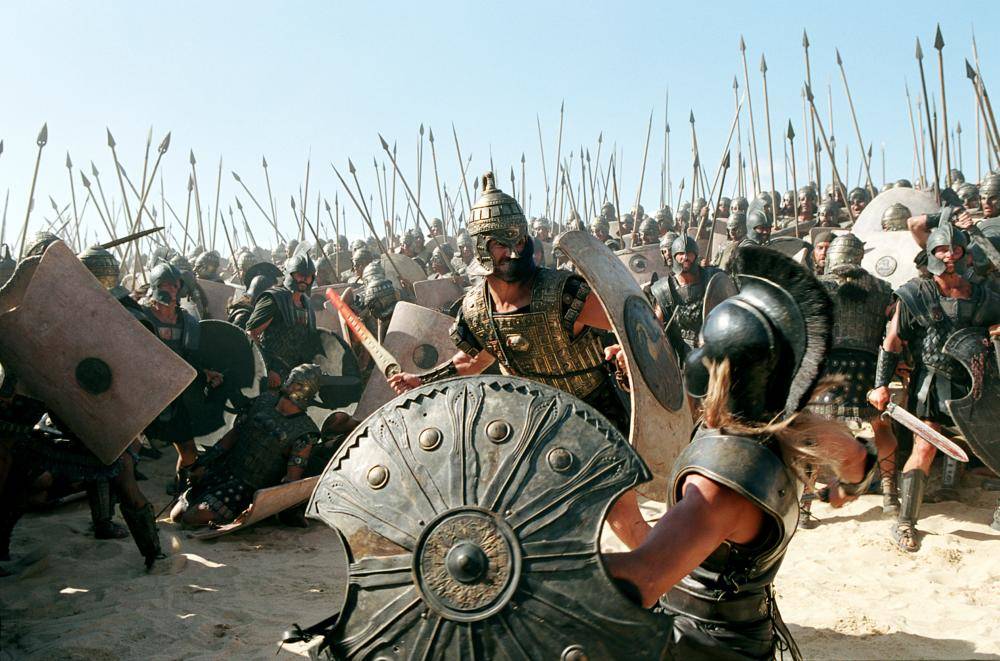 Until 1870’s it was assumed that Troy was a city mentioned in only mythological stories. The discovery of a German archeologist, Heinrich Schlimann, however, proved that there was actually an ancient city named Tory where Homer mentioned it to be.  The researches in the following years indicated the history of the city dates back to Hittites.

There was a belief that the Trojan War was a mythological story, but it turns out that a big war and destruction happened in the region. The Achaean League founded by the Achaeans, occupied a lot of cities in 13 and 12 BC

After the establishment of the confederation, Achaeans invaded various territories that also included Canakkale. Therefore, it’s highly likely that the Trojan War is a legend that is based on the wars that were fought during these years.

The excavations made at Troy Ancient City enabled the discovery of nine civilizations layer. To put it another way, the current findings indicate that this city was rebuilt nine times in a row. The city destroyed by earthquakes, fires, and wars was rebuilt every single time. And the objects from the different periods of the city can be seen at Canakkale Troy Museum of Turkey.

The Temple of Athena, found on the last layer of the city, is a unique monument that is identified with the city. This monument is made of marble and although it was built by Lysimachus, one of the commanders of Alexander the Great, it was renovated by Emperor Augustus centuries later. You can come across the works from the Hellenistic and Roman architecture in this temple.

On the layer that dates back to 1900 BC to 1300 BC, you can see the remnants of houses, a water canal and the walls. These structures are seen as an example of city planning in Hellenistic era.

Archaeological Site of Troy in Turkey 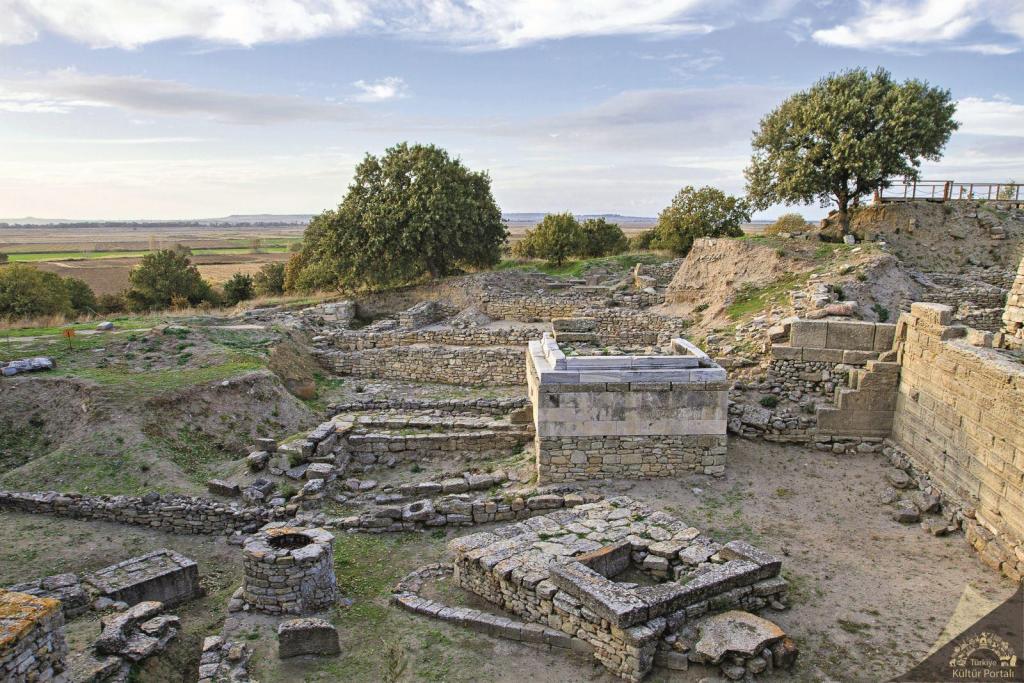 Entrance fee to Troy Ancient City is 42 Turkish Liras per person. Tickets are free for children under 8 years. Museum Pass Turkey is valid in Troy Ruins.

A new exhibition hall was opened in 2018, right next to the Troy Ruins. In the year it opened, The Troy Museum was included in Time Magazine‘s list of the 100 Greatest Places in the World. You must pay extra for entrance to the museum. Troy Museum ticket price is 42 Turkish Liras.

Ancient Artifacts in the Museum of Troy 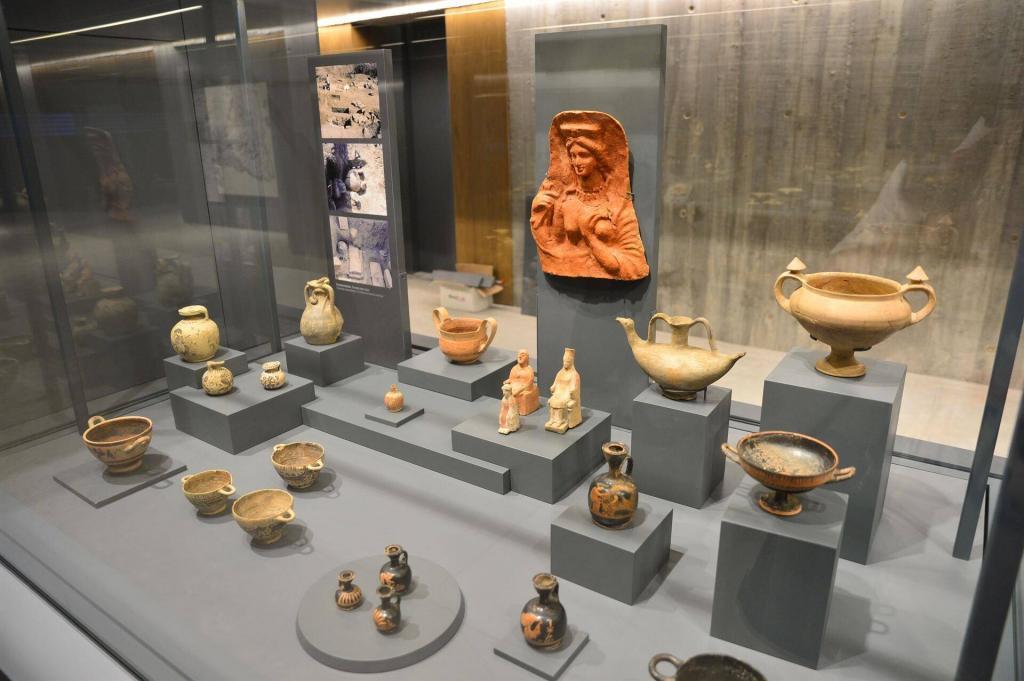 The ancient city of Troy can be visited between 1 April and 31 October between 08:30 in the morning and 19:30 in the evening. During the period between November 1 and April 1, which is accepted as winter period, it closes at 18:00 in the evening.

Visiting times of the museum may change due to some events and renovations. Therefore, you can visit the official website of the Archaeological Site of Troy to see the latest situation before going to Troy.