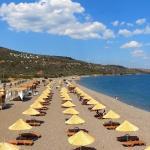 There are many blue flag beaches on the western and southern coasts of Turkey. These beaches in the most beautiful bays of the Aegean and Mediterranean attract millions of visitors every year. In this article you can find the best beaches in Turkey for families and couples. While preparing the list of Turkey's most beautiful beaches, we tried to choose one from each of the … END_OF_DOCUMENT_TOKEN_TO_BE_REPLACED 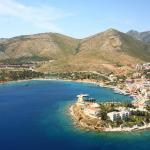 Turkey is one of the most ideal places for holiday thanks to its climate and geographical position. Turkey is a peninsula surrounded by seas and there are a lot of wonderful holiday spots. In this article, you can find information on the best holiday destinations in Turkey on the Aegean and Mediterranean coasts. Of course, Turkish tourists are not the only ones flooding the … END_OF_DOCUMENT_TOKEN_TO_BE_REPLACED

Aegean and Mediterranean coasts of Turkey are ideal places for summer vacation. There are so many holiday hotels in these areas that you may have difficulty deciding which one to stay. In this article, you can find the best beach resorts in Turkey with high customer ratings on travel platforms. The best summer holiday places in Turkey are on the west and south coasts. The … END_OF_DOCUMENT_TOKEN_TO_BE_REPLACED

The geography where Turkey is located has hosted civilizations for thousands of years. Every corner of Anatolia (Asia Minor) promises photographers magnificent shots. You can find a list of the most photographed places in Turkey in this article. Among the photo spots in Turkey, there are historical cities, beaches intertwined with ancient ruins and cozy holiday towns. Even … END_OF_DOCUMENT_TOKEN_TO_BE_REPLACED

Turkey is situated on a very unique area. As Anatolia (aka Asia Minor) has been a home to many different civilizations, Turkey carries the traces of these various cultures. While preparing the list of historical places to visit in Turkey, I tried to reflect this cultural richness. There are many historical artifacts from the Roman, Byzantine, Seljuk and Ottoman empires in … END_OF_DOCUMENT_TOKEN_TO_BE_REPLACED

Anatolia has hosted many civilizations throughout history. Serving as a bridge between Asia and Europe, Anatolia has been an important trade and cultural center throughout its history. In this article, you can find facts about the history of Anatolia, also known as Asia Minor, along with maps. The Hittites stand out as the oldest and most powerful empire in the history of … END_OF_DOCUMENT_TOKEN_TO_BE_REPLACED