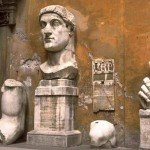 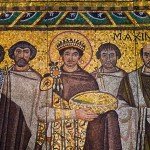 Emperor Justinian was the most famous ruler of the Byzantine Empire, which had existed for over 1000 years. Ruling between 527 and 565, Justinian built important historical monuments of Istanbul such as Hagia Sophia and Basilica Cistern. Great victories and great disasters followed each other in the years Justinian ruled the empire. The reign of Justinian, full of … END_OF_DOCUMENT_TOKEN_TO_BE_REPLACED