Ottoman Empire was founded in 1299 by Osman Ghazi (aka Othman) and consistently grew from 1299 to 1683. The first 10 rulers of the Ottoman Empire is considered as the most successful kings. In this article, you can discover facts about Ottoman history accompanied by map of the Ottoman Empire. Ottomans Kings carried these titles: Sultan (Arabic: King, Ruler), Padishah … END_OF_DOCUMENT_TOKEN_TO_BE_REPLACED

Sultan Suleiman had all the personality traits that made people legendary. He was not only a talented soldier and a strategist, he also mastered the art of jewelry making. As a foresighted leader, he was also an intellectual with an interest in art and architecture. His wife, Hurrem Sultan, was the most powerful woman in Ottoman history. Suleiman spent his life to build the … END_OF_DOCUMENT_TOKEN_TO_BE_REPLACED 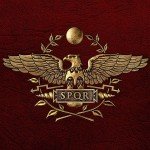 The Roman Empire map shows the transformation of Rome from a city-state to an empire. Rome, a republic in Italy, evolved over time into an empire that dominates the known world. During the reign of the Five Good Emperors, the Roman Empire was at the height of its power. Romans built a great civilization upon the mathematical, philosophical and medicinal foundations of … END_OF_DOCUMENT_TOKEN_TO_BE_REPLACED

The Byzantine Empire map shows us the evolution of a mysterious civilization over time. The Eastern Rome, which separated from the Western Rome in 395, eventually evolved into the culture known as Byzantium in modern history. In this article, I would like to share information about the history of the Byzantine Empire, which has survived for more than 1000 years. In this blog … END_OF_DOCUMENT_TOKEN_TO_BE_REPLACED

Battle of Manzikert was one of the most important battles of the Middle Ages. The war between the Byzantine Empire and the Seljuk Empire in the 11th century also ignited the Crusades. The battle took place between the troops of the Byzantine emperor Romanos IV Diogenes and the Seljuk Sultan Alp Arslan. The fact that the emperor is betrayed during the war and is eventually … END_OF_DOCUMENT_TOKEN_TO_BE_REPLACED

According to Christianity, as the God depicts himself in the form of a man, the image of a human face became a part of worshipping.  The face of Jesus Christ and Virgin Mary, accompanied by various angel images on their sides, has been depicted since the beginning of Christianity. Sculpture and painting art developed in Christianity, but calligraphy was never as important … END_OF_DOCUMENT_TOKEN_TO_BE_REPLACED

City of Iznik has an important place both in Roman and Ottoman history. Roman Emperor Constantine gathered the first consul in this city, known as Nicaea at the time, in order to establish the early principles of Christianity. During the Ottoman period, the same city was famous for its Iznik tiles. Iznik became an Ottoman city in 1331. As a center of pottery even before the … END_OF_DOCUMENT_TOKEN_TO_BE_REPLACED

The history of Turkish carpets are generally divided into two types. The first category is early Turkish carpets adorned with geometric motifs and nature depictions; second category is classical period Ottoman carpets adorned with flower motifs and medallion emblems. One of the visiting points of both local and foreign tourists in Turkey are carpet workshops. Almost every … END_OF_DOCUMENT_TOKEN_TO_BE_REPLACED

Emperor Justinian was the most famous ruler of the Byzantine Empire, which had existed for over 1000 years. Ruling between 527 and 565, Justinian built important historical monuments of Istanbul such as Hagia Sophia and Basilica Cistern. Great victories and great disasters followed each other in the years Justinian ruled the empire. The reign of Justinian, full of … END_OF_DOCUMENT_TOKEN_TO_BE_REPLACED