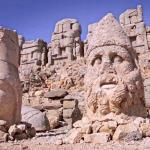 Turkey is situated on a very unique area. As Anatolia (aka Asia Minor) has been a home to many different civilizations, Turkey carries the traces of these various cultures. While preparing the list of historical places to visit in Turkey, I tried to reflect this cultural richness. There are many historical artifacts from the Roman, Byzantine, Seljuk and Ottoman empires in … END_OF_DOCUMENT_TOKEN_TO_BE_REPLACED 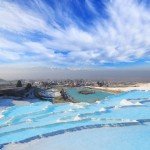 Turkey is one of the world's largest tourism country. Offering many different experiences to travelers, things to do in Turkey are too many to fit into one visit. It is possible to see the traces of the Roman, Byzantine and Ottoman empires in Turkey. In addition, it is possible to swim on the blue flag beaches and make an unforgettable Mediterranean cruise. In this … END_OF_DOCUMENT_TOKEN_TO_BE_REPLACED 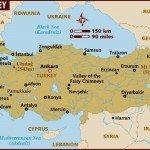 Anatolia has hosted many civilizations throughout history. Serving as a bridge between Asia and Europe, Anatolia has been an important trade and cultural center throughout its history. In this article, you can find facts about the history of Anatolia, also known as Asia Minor, along with maps. The Hittites stand out as the oldest and most powerful empire in the history of … END_OF_DOCUMENT_TOKEN_TO_BE_REPLACED

Hello, I'm Serhat Engul. I am a licensed tour guide operating in Istanbul. I do walking tours in Istanbul focusing on Roman, Byzantine and Ottoman history. If you want to join a private guided tour in Istanbul, you can check out my references and tours from ABOUT page. I hope the articles I posted on this site help you in planning your Istanbul trip. I wish you a nice holiday in Istanbul! Read More…